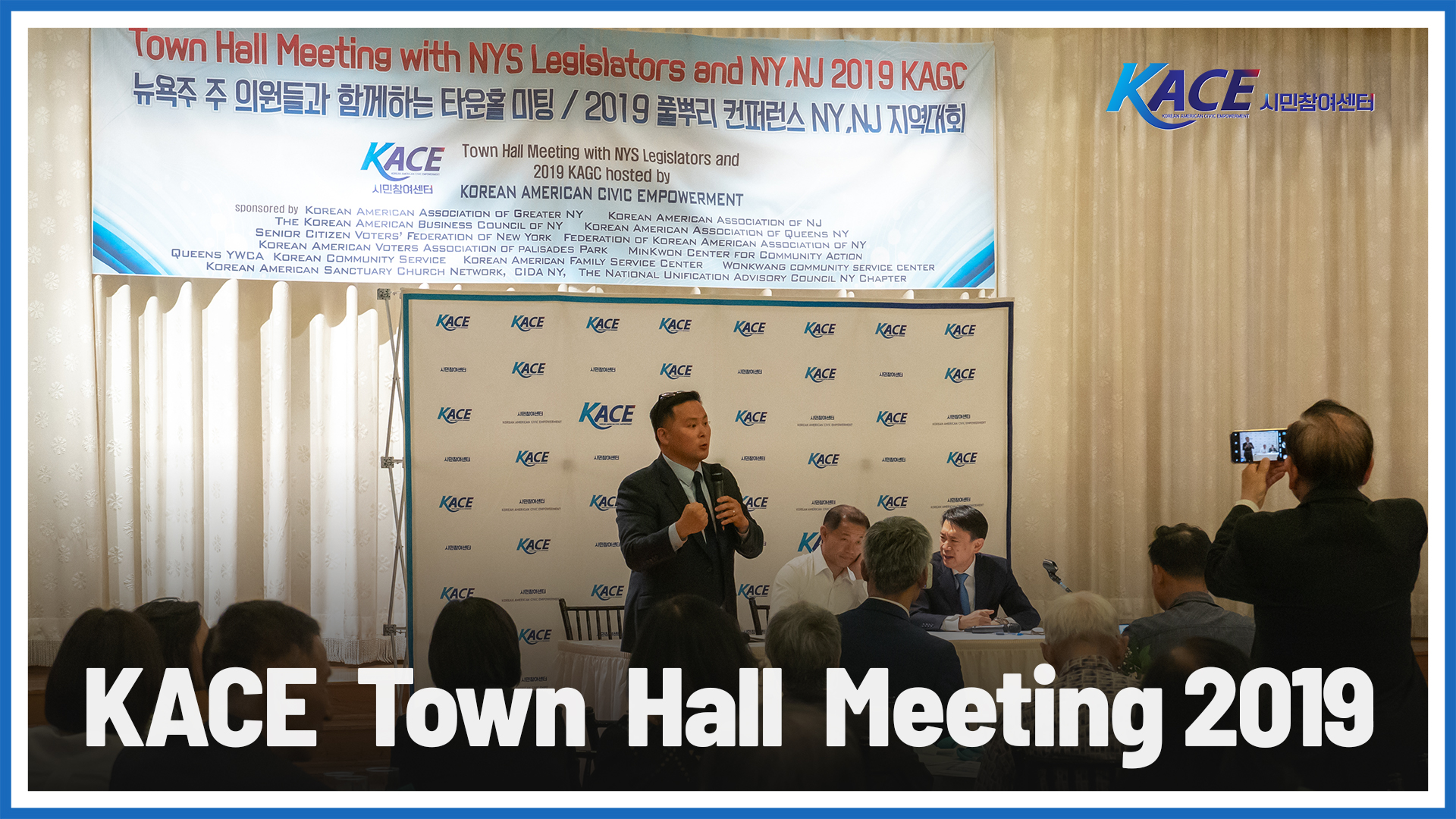 For the first time ever for the Korean American community in New York City, a town hall meeting took place with the elected officials representing the local community in Albany.

The elected officials offered information on the passed or proposed policies in Albany and answered questions from the community organizations.

This is the excerpt of the issues discussed at the meeting.

John Liu- President has insisted that citizenship question be included. He does not want people, especially immigrants, to be counted. When people don’t answer census, everyone gets hurt because the federal funding will decrease since not all people are accounted for. Healthcare, education, other public services will suffer from less government funding. He is encouraging people to answer the census question through outreach.

Ron Kim- must educate citizens about the census citizenship question. In this way, people will receive the federal funding and maintain public power

Ron Kim- His parents worked hard as a small grocer in New York. So small business are an important focus for me as a politician and public servant. We made the problem with laws, so that means we can fix it with laws. Mom and pop stores are central to this community. This time, I have more hope that the bills State Senator John Liu and I propose will pass.

John Liu- The state of NY has been hurt by this tax. This is part of Trump’s tax plan, passed about a year and a half ago. It has cost thousands of residents’ money as a consequence of this tax. We have a plan for employers to pay employer payroll tax instead of individual income tax. In the long run, the best plan to contradict this tax plan is for everyone to vote. Everyone who votes has a right to decide how much tax they pay. The states that did not vote for Trump were the most affected. We need control of the US Senate. With a Democratic president, we can undo this tax plan. But the state government is very limited in what we can do.

Ron Kim- When it comes to our communities—even the country, the number one reason for bankruptcy is medical debt. I’m a firm believer of Medicare-for-all. I believe in single-payer healthcare. We want to get rid of Point B.

John Liu- Laws in the state and federal to punish sexual harassers. NYS is close to passing even stricter laws to prevent sexual harassment. We propose that we hold a seminar including some of the state agencies that enforce these kinds of laws and invite business owners. It is an issue in lots of different communities. There is no excuse for not knowing the laws regarding sexual harassment.

Ron Kim- Cuomo’s Diversity and Inclusion Committee excluded Asian Americans. He has pitted different minority groups against each other. What we can do from the state level is advocate on the State Assembly and Senate level. Grassroots efforts are important to answering the diversity problem. The Assembly did not care because most members were white people from Long Island. There is more hope that the Assembly and Senate can work together to address the problem of underrepresentation of Asian Americans.

John Liu- The issue of disability awareness and opportunities for disability awareness is important. But the plan that is in place is not good enough and the state government needs to do a better job. We need a more robust plan so that we can do better outreach to those communities. I don’t think the mayor has a better plan for the education system

John Liu- Mayor’s plan is dead on arrival. It is a terrible plan because he didn’t consult Asian American officials or communities—not an accident. It was deliberate exclusion because he knew how we would feel about his plan. He knew that it was racist, and we cannot tolerate that. That plan is going nowhere. We have ideas about improving the education system.

John Liu- That is what makes NY stronger. The name makes the state vulnerable to what we are trying to do. The Founding Fathers were clear about the responsibilities about state and federal responsibilities. We are not a sanctuary for criminals. But we are a place where people can expect that the state and city government are not doing what the federal government is doing.